Results for the current section

Results of the remaining sections 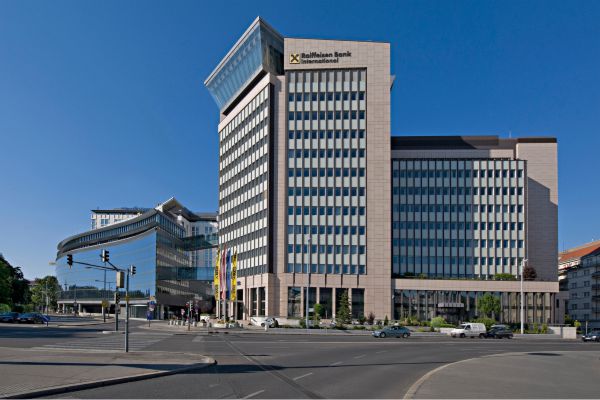 RBI regards Austria, where it is a leading corporate and investment bank, as well as Central and Eastern Europe (CEE) as its home market. 13 markets of the region are covered by subsidiary banks. Additionally, the RBI Group comprises numerous other financial service providers, for instance in leasing, asset management or M&A.

Around 45,000 employees service 17.4 million customers through approx. 1,800 business outlets, the by far largest part thereof in CEE. RBI's shares are listed on the Vienna Stock Exchange. The Austrian regional Raiffeisen banks own around 58.8 per cent of the shares, the remainder is in free float. Within the Austrian Raiffeisen Banking Group, RBI is the central institute of the regional Raiffeisen banks and other affiliated credit institutions.

The history of Raiffeisen Group banks dates back to the mid 19th century when the first co-operatives and loan societies appeared to support farmers in the time of famine or economic breakdown.

Raiffeisen Group was founded by Friedrich Wilhelm Raiffeisen (1818-1888). As a mayor of a number of villages in the German Westerwald province in the mid 19th century, he used all his efforts to help peasants in their fight for survival and started with a set-up of charitable co-operatives.

Soon, however, F.W.Raiffeisen realised that Christian principles of charity were not effective enough while organised self-help would assist in achieving the goal. In 1862, he founded the first banking co-operative in Anhausen (Germany) that became a prototype for Raiffeisen banks.

The first Raiffeisenbank opened in Austria in 1886, and ten years later the total number of banks in Austria exceeded six hundred.

Today, the Austrian Raiffeisen Banking Group is the country's most powerful banking group with the largest retail banking network and approximately a quarter of all domestic banking business.

The Raiffeisen logo consists of two crossed horse heads. They form a gable cross, which, following an old custom, used to be attached to the roof gable of houses, and was supposed to protect its inhabitants against all outside dangers.

The devotion and streng th of a horse, and the safety that a house gives - that was  Raiffeisen's choice to symbolise the safety of their customers' and members' money under the common roof of the Raiffeisen Group.

Mission and Vision 2025: We transform continuous innovation into superior customer experience to be the most recommended financial services group.